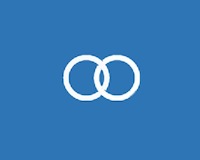 In less than 18 months world attention will cease its already waning interest in Afghanistan as the 2014 deadline looms. Nato forces are in the process of handing the reins over to Afghan security forces in this period known as Transition. Once again the fate of women and their rights is on the agenda.

After more than a decade of apparent gains on paper Afghan women barely seem better off. One explanation stems from the naïve expectation that liberation from the Taliban would lead women to abandon their burqas. “Concentrating on burqas,” says Mina Sharif, an Afghan Canadian who returned to Afghanistan to start an advertising company, “is like focusing on the fact that women can’t go topless in North America.”

Originally published at On Line Opinion on the 9th of November, 2013.