Yes, Buddhists can be bad 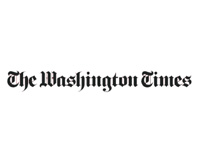 The Rohingyas may be among the most miserable refugee populations on Earth, relief workers say. Every so often the tragedy of these outcasts from militarily ruled Burma pushes itself to the forefront of international consciousness.

Most recently, Thai authorities have forced hundreds of desperate men out to sea in open boats and left them there to die. When 220 of these former Burmese refugees were discovered, and Angelina Jolie, the Hollywood star and United Nations Refugee Agency’s goodwill ambassador, talked about their plight, it focused the spotlight on them again, if only briefly.

To view the full story please visit The Washington Times.

Originally published at The Washington Times on the 9th of March, 2009.