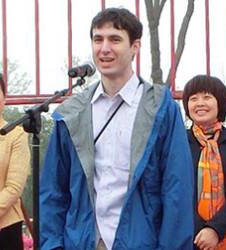 A insightful review of Dispatches from the Kabul Cafe was published on Mitchell Blatt’s China Travel Writing Blog on 19 September 2015. This review discusses the insights into Afghan culture which Kingstone observed during her years in Kabul.

Fourteen years after America’s invasion of Iraq and the establishment of a new government, it is widely accepted that Afghanistan is an unstable state with democratic deficits and that the results of the intervention were far from the goals. A report from the Vision of Humanity in 2013 that called that Afghanistan the least peaceful in the world put those failures in stark relief. But just to hear the numbers—4,500 people died from terrorist attacks in 2014, 20% of young women are literate—doesn’t do justice to the victims.

Each number in those datasets is a real person. Heidi Kingstone, in her book Dispatches from the Kabul Cafe, gives voice to some of their stories, especially those of the women who are usually silent. Kingstone, a Canadian foreign correspondent with experience in Iraq as well, who has been published in the Financial Times, the Spectator and the Guardian, lived and worked in Afghanistan from 2007 to 2011. Her time there, being towards the end of the mission, after the irrational exuberance of the first days of “flowering democracy,” gives her a good position to comment on the problems the operation has faced.