The Bursting of our ‘Kabubble’ Fantasies 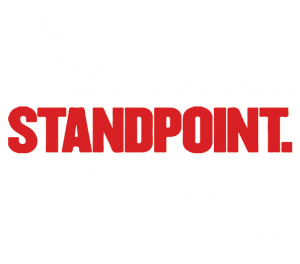 This article was first published in the June issue of Standpoint.

Until Donald Trump dropped the $16 million, 21,600-pound GBU-43 Mother of all Bombs on rural Afghanistan, there was no indication that the country was even on the President’s radar. Then on April 13, he let IS have it. But IS numbers in Afghanistan had already fallen from 3,000 last year to about 700 this year. It is the 40,000-strong Taliban who are making gains. They announced their spring offensive two weeks later on April 28. They control a third of the country and are secretly backed by Iran, Pakistan and Russia. It’s not so surprising then that the images we have of Afghanistan are images of war. When I arrived for the first time in 2007, I was totally unprepared for what I encountered during a miserably cold winter.

I certainly didn’t fall in love with the country at first sight. As the plane landed, I looked down on a mud-coloured blanket of nothingness. No high-rises, no lights, no colour, a bleakness hanging from the sky. When I went to retrieve my luggage the cases were buried in a pyramid of bags, stacked in a darkened corner. The electricity didn’t work, wires hung from the ceiling. The place was bombed out, prehistoric, freezing and frozen in time, grey and disturbing.

My first night in the field set the scene for some of my most indelible memories. I went to a French restaurant called L’Atmosphere, one of many businesses started by canny foreigners or entrepreneurial expats. As you walked in, a sign read “No Afghans” and another indicated a place to store your gun. L’Atmo had foie gras on the menu, grilled fish, baguettes and red wine, which was a miracle in 2007. The attorney general had gone on a rampage and confiscated alcohol, which was illegal. But the authorities often turned a blind eye when it involved the international community and they were sufficiently bribed. It was a large compound with a bar and a swimming pool where in the summer foreign women would swim in bikinis. Outside, just beyond the bamboo barrier, Afghan women, covered in blue burqas with their tiny pleats and mesh face covers, walked on mud streets unpaved since Soviet days.