Shopping is one of the last joys left in our troubled world. Retail will change – but it won’t disappear 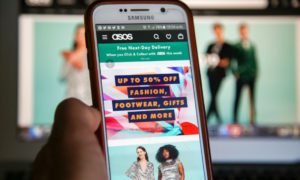 Just when I thought I might survive Brexit, or at least survive not being pushed over the cliff edge by deals, no deals, hard borders, second referendums, and resignations, Asos issues a profit warning. The announcement by one of the world’s leading online retailers aimed at Millennials sent shares plunging by as much as 43 per cent. A sad statement, as one of the only things to bring joy in these troubled times is a new frock.

The fashion destination website with over 85,000 products on offer grew by 20 per cent in the U.K. in the three months leading up to November. That was when I was in Moscow for the first time – a city of uber-fashionistas, who shopped at Asos before the world imposed sanctions as a result of Putin’s foray into Ukraine and Asos had to pull out. Even at the height of the grim Soviet times, women found small ways to look glamorous – despite the associated penalties if caught. To avoid omnipresent dowdiness, they sought out seamstresses and found contraband fashion magazines. After World War Two, Christian Dior launched his revolutionary ‘New Look’ in 1947, heralding a new society – and we haven’t looked back.

Asos’s profit warning was “in the context of high market expectations and previously high growth,” said an expert. This reflects what Nick Beighton, Asos’s CEO, said before about the two profit warnings he issued in 2014, and he was right as Asos then went stratospheric.

The retail sector has experienced one of its worst periods with online merchants affected, not just the bricks and mortar shops, bucking a long-standing trend. What might happen as a result of changing spending habits, with belt-tightening in the wake of an uncertain future and the black cloud of Brexit hanging above us, is that instead of buying in quantity, which is what disposable consumption is all about, conscientious consumers could buy slightly more expensive items.

Beighton acknowledges that the industry will have to change eventually and that in certain spheres, we don’t pay enough for clothing. Millennials, concerned about the planet, will at some point ask how a great dress can only cost £5. It’s not a sustainable model, and as fashion is also the second most polluting industry after oil and gas, corporations, companies like Asos will change, and the market will reset.

I cannot see that women or men will abandon the desire to shop. At the very least, it is a fight against the grim global conditions we live with – a tinderbox Middle East, the collapse of the pound, riots in France, a lunatic in the White House, unhinged sniping in Westminster and famine in Yemen, to name but a few of the crises in the world.

I remember during my time in Kabul, working at one of the ministries in 2007, a cleaner came up to me, and with neither of us speaking the other’s language, she asked if I had any nail polish, in a sign language that was universal. It was, perhaps, an odd request, but it was emblematic of a general need. I brought her a bottle of red varnish the next day.