My life growing up with a psychiatrist 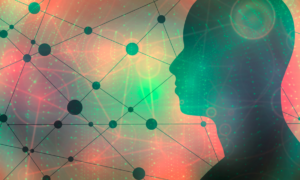 In May we’ll mark Mental Health Week, so now feels like a good time to write about what it was like to grow up as the daughter of a psychiatrist. To begin, I thought, I would do a bit of research to see how others have covered the topic.

I didn’t have to look far to find the travails of a woman whose mother was a psychiatrist. I knew this wasn’t going to go well when I read that she had a relationship with a patient, verboten for a good reason – and usually enough to get you struck off.

She smoked weed with her kid,  diagnosed her with several mental disorders, and had her addicted to pills. These kinds of stories reinforce the stereotypes of crazy families and out of control doctors. If you break your leg, you go to a physician. If you have a breakdown, you need to pull up your socks.

It never occurred to me that psychiatry wasn’t considered a serious science or profession. My father remains one of the wisest, smartest, most insightful and sane people I know.

I never knew any other life, and if I could have excelled in maths, could stand the sight of blood or sick people, and not wanted to run in the other direction every time I entered a hospital, I would have considered following in my father’s footsteps. (Mind you; he never liked the sight of blood either).

Growing up aware of mental health issues sensitised me, and I think it has made me a more understanding person. Therapy isn’t just about having someone to talk to; people don’t go to medical school and then do more years of study so they can listen to first world problems and say, “ there-there.”

Which means that I am still confused when people, often smart, educated, sometimes even doctors, talk about psychiatry as if it were irrelevant. The brilliant late Anthony Clare did a wonderful radio show, In the Psychiatrist’s Chair, but even with these small steps mental health remains the orphan child of the medical profession.

I lived and reported from Afghanistan in 2007 and used to pass the mental hospital on the way to work every day. Naturally, I decided to go in and chat with the director, which went very well, until he asked if I’d like to be shown around, which I did not. However, my Afghan driver was dead keen and in we went, to find a mostly empty, mostly sad, and underfunded (like everything else) institution. I wrote a story about it, which almost no one wanted because mental health just isn’t sexy.

It became sexier when Stephen Fry announced he was bipolar. Decades earlier, my father was the first psychiatrist in Canada to use lithium to treat his patients, and how much the world has changed since then. Even though anti-depressants receive vast amounts of bad press, as he says, they fine-tune the system and have revolutionised people’s lives.

Not that long ago I had an exchange with an Oxford-educated friend about psychiatry. He considered it nonsense, and went further, saying Freud got it all wrong. My response was that Freud lived and worked more than a hundred years ago, and like surgery or any other discipline, our knowledge has increased with every passing year. Freud changed our thinking and laid the foundation of our understanding; that’s the point.

I feel blessed and lucky that I grew up in a home where compassion and understanding were the bedrock. Not that we didn’t have the usual issues that beset all families, but the fact that my father had a deep understanding of the human condition has made me a better person. Roll on Mental Health Week.