From Baghdad to St Bride’s 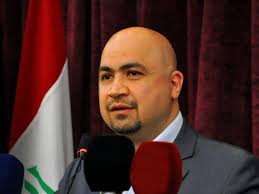 The car bomb in Baghdad killed Ammar Al Shahbander in what has become an all too common occurrence of violence in Iraq.

I first met Ammar in the late nineteen-nineties in London, Saddam Hussein then governed Iraq, and Ammar was a member of the Iraqi National Congress, an opposition group of exiles fighting to free the country from the dictator’s rule.

When the invasion took place in 2003, Ammar, along with his colleagues, returned to Baghdad fired by hope. Disillusionment soon set in as chaos turned to corruption and violence and civil war.

That didn’t stop Ammar from pursuing his dream of a better Iraq, which he tried to create in his role as Chief of Mission at the Institute of Peace and War Reporting where he worked for more than a decade training journalists and helping to drive change.

I saw Ammar in Baghdad in June after the invasion, by which time the INC were well on their way to losing whatever little credibility they had left. While Ammar, always a clear thinker, knew this, it didn’t dampen his love or determination for a country he had left as a child, and so he picked up the broken pieces and tried to glue them together with the work he did.

At 41, he leaves behind four young children and his wife Angela, whose sobs pierced through the memorial at St Bride’s, and our hearts.

The historic ‘wedding cake’ church, designed by Christopher Wren on Fleet Street, is the journalist’s church and while Ammar was buried in Baghdad in May 2015, it proved a fitting place for his memorial.

Like so much about Iraq that turned out to be a disaster, the freedom and peace that Ammar had longed for never materialised, along with his death another death knell for hope.