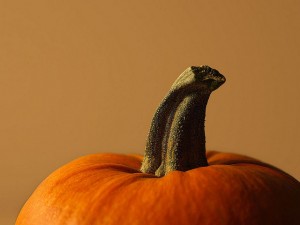 Landing in Kabul always rattled me, with the slight uncertainty of what lay ahead. But on the November day that I re-entered I quickly dropped my suitcase at my house, called a taxi, and headed over to the American embassy compound.

Other Heidi, who I had met a few years earlier at an Anzac Day ceremony at ISAF HQ, and her husband Ed, were cooking Thanksgiving dinner. This was the kind of re-entry I enjoyed. As both worked at the US embassy and lived on the compound they were able to order turkey imported from the US.   Almost as exciting was the fact that they had drinkable tap water, an unbelievable luxury in Afghanistan.

The evening progressed to charades, where Other Heidi, a champion, outdid everyone, and Ed and I recoiled in shy embarrassment, although no one tried to mime ‘elephant chicken’, which some translate from Dari to mean turkey.

Until Kabul, ex-pat communities never held much interest, but at this time this extraordinary community really did bring together some of the best, brightest and most interesting people.

Those days are largely gone. The restaurants have gone, the feeling of living in extraordinary times has disappeared and the movers and shakers are moving and shaking elsewhere. Year on year the violence has increased as has poppy production and the further realisation that the future is very much in the balance.

Thanksgiving is obviously a time for thanks. Despite the situation in Afghanistan, most Afghans, according to one poll, are happy with their lives, if not with the situation in their country. Gratitude stimulates the hypothalamus (a key part of the brain that regulates stress), and as Stoic philosopher Epictetus said, “He is a man of sense who does not grieve for what he has not, but rejoices in what he has.”

As American Thanksgiving approaches, let’s hope things improve, but we should also try to be grateful for what we have, including incredible memories of exotic times.