Dear Editor, with love from Outraged of Maida Vale 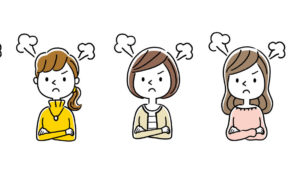 These are times of outrage. There is outrage on the streets that President Trump is visiting London. Game of Thrones fans in China were outraged because the finale was delayed. Jeremy Kyle’s stock and trade was outrage. There is enough to be outraged about, that’s for sure. I’m outraged about the Alabama abortion bill and outraged by the stabbings in London, one just a block away from my home. Ghosting leads to outrage, and there has to be a term for the outrage that politicians have caused us over the Brexit fiasco. Brex-rage?

We’ve got road rage and troll rage and more rage but what happens if you are a moderately polite person who prefers not to do outright outrage? How do you best handle situations diplomatically that seem so outrageous you want to scream but instead of thinking Edvard Munch you think of Michelle Obama when she said when they go low you go high, and so you keep your powder dry? As my divorce lawyer always said to me: keep your hair on. Good thing I’ve got strong roots.

I have encountered two situations recently where I have felt, well, outraged. I like to put people together. I texted someone I had met professionally on a few occasions to suggest getting together for a coffee. I said Monday would work and then a few hours later decided as I might have some people around for supper on Saturday, I invited him.

Now, at one point, he had a prominent position and still has, no doubt, a reasonably busy portfolio life, but it took him four days to reply to my brief message. His delay made me cross, but his reply outraged me. Who, he asked, would be there? Were my friends worth his time? Were they important enough? Was there any benefit to meeting them?

After a silent gasp, and a sudden outrage that The Jeremy Kyle Show was off the air, I did what friends have counselled me to do for a very long time, and I didn’t hit the send button until I had taken enough deep breaths to almost pass out and I counted way past ten.

I waited long enough to reply. I had made other plans for Saturday, I wrote, and I was no longer available on Monday but could make Tuesday, which he couldn’t fit into his schedule. I didn’t respond, getting right into the low-key rhythm of a quiet form of outrage revenge.

Another ‘Disgusted of Tunbridge Wells’ moment occurred on Sunday with a friend who decided we should split the brunch bill. How is it splitting the bill when said friend ordered several glasses of wine, a starter, a main course and dessert and I had a measly glass of wine and a main course? Of course, I paid, then, I shamefacedly wrote to my brunch companion and said that I had looked at the bill, and it seemed unbalanced, as I was fast becoming, for me to have paid so much more. She agreed. I am still awaiting the return of my investment.

Lord Sumption, ex-Supreme Court justice, has just given his Reith Lecture on the BBC. The law sometimes outrages me because it doesn’t make sense. I rented my flat on Airbnb but the person neglected to mention that he or she planned to invite 300 of their nearest and dearest friends for a rave that would last all night. The police stood outside, Westminster CouncIl supinely told #NoMercyEntertainment to cease and desist, which they just ignored. So my flat was trashed, my neighbours outraged, but more outrageous is that Airbnb and the police know who the culprits are, but I cannot access this information, which makes me Outraged of London and outraged that crime pays.

Outrage is the default mode in the face of our growing powerlessness, which is perhaps why Mindfulness has become so popular. In our top-heavy world, we constantly battle with daily life, with service providers who don’t provide the right service, with transport that doesn’t work, and a high-tech life that never seems easy. Meanwhile, we have much to outrage us, not least that big tech companies harvest our data and criminals harvest organs and people.

A new McCarthyism is creeping into our society with a hint of Mao’s Red Guard thrown in, and a large pinch of George Orwell’s Big Brother mixed into the pot. Some university students act like nefarious envoys of the cultural revolution, looking for a misplaced syllable to implicate a professor in a witch-hunt akin to McCarthy’s hunt for Reds under the bed.

Thinking outside the box can get people sacked and careers destroyed. Look at Roger Scruton. Or, Germaine Greer. I felt outraged enough to sign the petition to stop the General Medical Council from sacking Dr Keith Wolverson because he asked a female patient to remove her niqab, a face veil, and she felt violated.

And, finally, I’m outraged at being outraged because, frankly, there are better ways to spend my days, however outrageous!