Canadians are taking over the world: a Canadian writes… 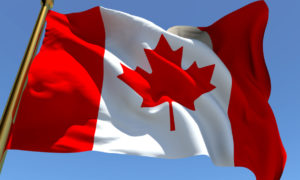 As famous Canadian media theorist and philosopher Marshall McLuhan said in 1962, the world is a ‘global village’. From academia to zoology, Canadians shape the way we think. It’s so much harder to play the ‘name ten famous Canadians’ game because Canadians invented Trivial Pursuit.

The name on everyone’s lips at the moment is Stephen Toope, the Canadian Cambridge law scholar who has launched a two-year inquiry into the university’s links to slavery. The same university which recently rescinded an invitation to controversial clinical psychologist and writer, Canadian professor Jordan Peterson.

Canadians are a stealth-like people, similar to the pods in the 1978 science fiction horror film, Invasion of the Body Snatchers, which starred Canadian actor Donald Sutherland, father of Kiefer Sutherland, star of Emmy Award-winning TV series 24.

Harvard professor Steven Pinker has lots of big ideas, and while he’s Canadian-American, we like to ignore the American bit. The Montreal-born New Yorker journalist and author Malcolm Gladwell gave us the 10000-hour rule in his book Outliers, in which he claims that the key to success is practice makes perfect. Naomi Klein gave us No Logo, a cultural manifesto. Meanwhile, her Canadian aunt is married to starchitect Daniel Libeskind, whose contemporary is Canadian-born Frank Gerhy, the man who built the Guggenheim in Bilbao.

Canadian-born economist John Kenneth Galbraith said, “The only function of economic forecasting is to make astrology look respectable.” He joins the Governor of the Bank of England, Canadian Mark Carney in setting our economic agenda. Carney also proves the theory (somehow) that a Mountie always gets his man.

Canadians are known as peacekeepers. Former Prime Minister Lester B. Pearson won a Nobel Peace Prize for the promotion of peace and good understanding between people, celebrated on May 29th, International Day of U.N. Peacekeepers.

Michael Ignatieff, author, academic and politician, proves that Canadians are brilliant and handsome, but also sometimes wooden – which is one reason he didn’t succeed as the leader of the Liberal Party. Saul Bellow is one of the 20th century’s great novelists, and won the Nobel Prize for Literature and the Pulitzer Prize. Vice Media also started in Montreal and is now a global phenomenon.

Montreal-born Leonard Cohen asked my mother to run away with him, but instead, he became a somewhat successful singer, songwriter, and poet of at least one generation. Last year, novelist Margaret Atwood played Handmaid at a friend’s wedding in Orillia, Ontario, proving that Canadians are indeed humorous. Just look at Dan Ackroyd, one of the original Saturday Night Live’s cast members. Other funny Canadians include International Man of Mystery Austin Powers’ Mike Myers, Jim Carey and Eugene Levy…brilliant but not handsome.

Dr Norman Bethune introduced the first mobile blood bank way back. David Suzuki has implored us to save the planet since the 1960s. The inventor of the telephone, Alexander Graham Bell died (good enough) in Nova Scotia, and David Frum wrote President George W. Bush’s ‘Axis of Evil’ speech.

West End musical Come From Away is life-affirming, despite being written by Americans (boo). Set in Gander, Newfoundland (the province that only joined Canada in 1949), which E. Annie Proulx wrote about in her Pulitzer Prize-winning novel, The Shipping News. And while Meghan Markle is a Canadian wannabe, she does have a Canadian best friend (Jessica Mulroney) and wears Canadian (-Turkish) designer Erdem’s clothes.

And, last but certainly not least, is film director James Cameron, who we have to thank for Aliens, Avatar and Titanic. We are everywhere, and we are taking over. And, yes, we are building a wall.