April is the cruellest month, breeding lilacs out of the dead land 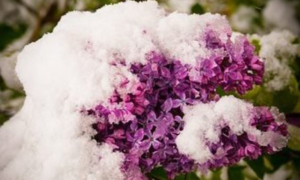 What is it about April? April inspires thoughts of birds chirping, rebirth and hope. It inspired ‘I Wandered Lonely as a Cloud’ by William Wordsworth when he saw a “long belt” of daffodils on 15 April 1802. But T.S. Eliot may have been on to something more profound when he wrote in his epic poem, ‘The Wasteland’, that April is the cruellest month. It’s impossible to prove, of course, but let’s consider a number of horrific historical events – and all occurred in April.

One of the first modern genocides was the rounding up of prominent Armenians by the Ottoman government on 24 April 1915, a policy that ended up with an estimated 1.5 million Armenian deaths. April 1933 was the month when the Nazis passed the laws that culminated in the ‘final solution’, the murder of six million Jews. The Warsaw Ghetto Uprising started on 19 April 1943 with the Jewish residents refusing to surrender to the Nazis.

In late April 1972, two events led to the outbreak of a Burundian genocide. On 27 April 1972, the killing began and two days later the 24-year old king, Ntare V, was assassinated. Between 80,000 and 210,000 people died and hundreds of thousands were displaced.

On 17 April 17 1975, Pol Pot entered Phnom Penh. By the end of the Khmer Rouge’s reign of terror four years later, two million Cambodians had died. The siege of Sarajevo began in Bosnia in April 1992 and ended with 10,000 dead.

One of the worst horrors of the 20th century began on the evening of 6 April 1994 when the plane carrying Rwandan President Juvenal Habyarimana, and his counterpart Cyprien Ntaryamira of Burundi, both Hutus, was shot down. The genocide had been a long time coming, but the frenzy that began the day after the shooting lasted for fourteen weeks. Hutu extremists slaughtered between 800,000 to a million Tutsis and moderate Hutus.

In 1994, on 6 April, Holocaust Memorial Day in Israel, the Afula massacre took place, when a Palestinian bus driver drove a bus of explosives into a crowded street. Hamas claimed credit for the murder of eight Israelis and dozens of wounded – retaliation for the massacre of 29 Palestinians at prayer by a fanatical Israeli settler.

Africa has had its fair share of horrors, and in Darfur in April 2003, the Sudanese government began a genocide that left 400,000 citizens dead and several million displaced.

The unsinkable RMS Titanic sank in the early morning of 15 April 1912 in the North Atlantic Ocean en route from Southampton to New York, the same day President Lincoln was shot more than sixty years earlier in 1865. Just over one hundred years later on 4 April 1968, the leader of the civil rights movement in the United States, Martin Luther King Jr, was assassinated in Memphis.

On 6 April 1917, the United States entered the war that would end all wars, when it declared war on Germany. World War One led to the deaths of an estimated 37 million people.

On 30 April 1945, Hitler killed himself, so some good news, and on 31 April 2006, Iraq’s former president Saddam Hussein was charged with genocide.

April as the cruellest month is an interesting theory, but I must give the last word to George Orwell and the start of his classic book, 1984: “It was a bright cold day in April, and the clocks were striking thirteen.”