Afghanistan in the Balance 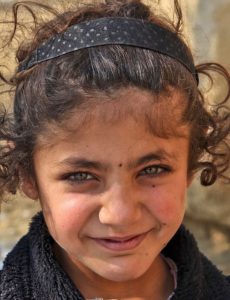 The article was first published in the January 2017 edition of Live Encounters Magazine.

Afghanistan may no longer command the front page but somehow our fascination with the country is like an addiction to heroin, and we keep going back for one last hit.

In London, I went to a play called Pink Mist about what happens to three British soldiers who go off to Afghanistan. None of it is good. That same day I saw the excellent Danish film, A War, about the complexities of the chain of command in combat, also in Afghanistan. Then I read two recently published books. The Lovers is by the former New York Times Kabul bureau chief and tells the story of two young Afghans who marry against their parents’ wishes. Through the exploration of Zakia and Ali’s love, Nordland looks into the dark heart of Afghan culture and society. Afghan Modern, by Robert D. Crews, a Stanford University history professor, believes the country has always been globally connected and was never the romanticised ‘hermit kingdom’ of modern lore. For a topic we are no longer interested in, we clearly still seem to need our fix.

One of the reasons is that we can’t quite answer the question of what the future holds for Afghanistan. After so much time and treasure spent, we still don’t know whether the nation is being dragged back to the stone age to be condemned to the dustbin of history or if it will emerge as a stable state with viable prospects. The safest and most reliable answer might be this: the future is in the balance.