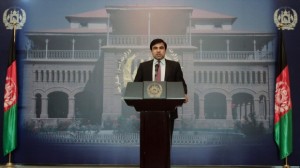 Sometimes we get bogged down in stereotypes, and I was always happy to meet Afghans who did not conform, men and women who wanted and worked for a better Afghanistan.

One of those was Janan Mosazai, who I am proud to say studied in Canada before returning to Afghanistan. Mosazai, who lived under the Taliban, makes a brief appearance in Chapter 9, Not Till I Break All Your Bones. He is now Afghanistan’s ambassador to Pakistan. Mosazai introduced me to several of his friends when I had some research to do, and they talked frankly to me about their country, with less hope than he had.

“The atmosphere in the country does not allow any real freedom of expression,” said one impressive young man, “and it torments us. I don’t want mullahs to tell us what to do, but you cannot move against an entire society. I want the mullahs to step aside as these religious functionaries have ruined this country, but I can’t say that. We have to wait, and be patient. I think 200 years from now what we are going through now will have some effect on society. People are tired and they want peace. For more than ten years the government and the foreign forces have been battling the Taliban, playing this cat and mouse game. People remember the Taliban’s many atrocities, but they say the government can’t protect us and the Taliban are here. They clash and we suffer.”