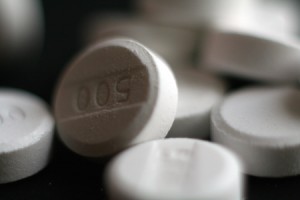 In Homeland Episode 8, Halfway to a Donut, Carrie suddenly realises that her meds have been tampered with, and she suspects the ISI.

Sunday night’s episode reminded me of a time in Kabul when I wanted to get a repeat prescription. Unlike in the west where drugs are tightly monitored, in Afghanistan you just pop into the chemist and ask for what you need.  No prescription necessary.

While that certainly makes life easy, if random, the results turned out to be markedly different to anything you would ever encounter in the UK.  While the packaging looked identical, the effects of the medication was dramatically different.

Like Carrie, it took me a while to work out why I had gone from my natural charming grumpy self into being full-on Miss Universe cheery. At first it didn’t ring any alarm bells, I assumed my happiness resulted from my exciting new Afghan surroundings.

I started taking the new medication shortly before I left Kabul, and so only had a small amount, which finished soon after I returned to London. It was then I noticed my mood change, and figured out that I was probably suffering from some mild withdrawal symptoms.

Carrie has her light bulb moment when she is about to swallow another green and white capsule while standing over her sink in her very unlived in Islamabad flat. She finally suspects that these doppelganger pills might be giving her hallucinations rather than controlling her bipolar disorder.

The new CIA bureau chief doesn’t know who is responsible yet – although we know it is the American ambassador’s husband who is being blackmailed. My experience wasn’t anything quite so dramatic as Pakistani Intelligence tampering with my rather mundane medication, but in retrospect it was almost as interesting.