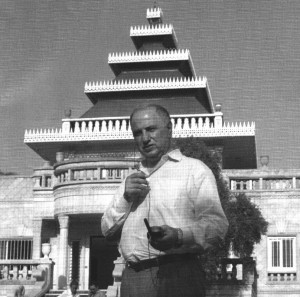 Ahmad Chalabi sat on the back of the sofa in the makeshift HQ in northern Iraq in early 2003, weeks before the impending invasion into Iraq. He had just come back inside the large house crammed full of people after taking a satellite call from Donald Rumsfeld, then Secretary of Defence, and part of President Bush’s neoconservatives who championed the exiled Opposition politician as the future president of a free Iraq.

Chalabi, who helped engineer the invasion of Iraq, seemed indestructible as his star had risen and fallen so many times before his death from a heart attack in November 2015.

I met him first in the late nineteen-nineties when the Iraqi National Congress was based in London and viewed by most of the British as marginal at best, and then followed him to northern Iraq and later to Baghdad to interview him for the Financial Times.

Those were historic times and heady days when the INC believed they would inherit a country most of them had left decades before, but the Iraq they had known had changed.  The people who had suffered under Saddam didn’t like or trust the returnees who felt they had an unassailable right to power.

It is difficult to remember, in the catastrophic aftermath, that for many Iraqis and many Shia, the overthrow of Saddam Hussein was a legitimate and longed for goal. But there was no ‘day after plan’, which lead to a vacuum.

Chalabi fell out of favour with the Americans in 2004, and his debathification policy was a disaster which helped fuel the current crisis, but his Machiavellian backroom manoeuvrings somehow seemed to have kept him politically afloat until his death at 71.That image of Chalabi sitting on the back sofa is imprinted on my mind because it seemed as if, for a very brief moment, hope shone through before quickly disappeared.